Live a double learning experience: train in the role of team coach and participate in a team coached by a team coach.

Take an accredited program: all training hours address coach competencies and are accredited with 53 continuing education credits, that you will receive on your diploma.

As a result, you will be able to work in a team - with any team - generating contexts of trust and stimulating creativity and development.

Be a part of the experience.
Team Coaching Programme
«A team knows how to build trust and develop the talents of the people in it». Luis Carchak.
Download the brochure

This Team Coaching Programme is for:

What will you achieve?
DEFINITION AND FUNCTIONS OF THE TEAM COACH
Personal analysis of the teams to which we belong | Differences between Team and Group: functions, roles, responsibilities, and commitments.
THE ROLE OF A TEAM COACH
The golden rules for the optimal functioning of a team within an organization | Different ways in which to observe to find a leverage point | Intervention techniques and the special characteristics of a team coach’s feedback | The Shaping Coach: look for the energy flow and provide feedback that generates the clearing of conversations.
Depending on how the Team Coach observes the team, the coach will have different interpretations and therefore, different ways in which to provide feedback and intervene.
TYPES OF CONVERSATIONS
Conversation networks sustain the system and perpetuate particular behaviours | Assertiveness | The way in which conversations are held inside teams is cultural. Once these are detected by the Team Coach the path to change begins.
OBSERVATIONAL TOOLS OF THE SYSTEM’S DYNAMICS
The team is a living system that transits in different stages: creation, conflict, maturity, aging and death. At each stage, we can observe how the team builds relationships, associates with the leader, accepts the coach or not, self-regulates, gives, and receives feedback, reveals private conversations, or reaches agreement | MBTI | “The six hats to think”, by E. de Bono | The transfer to the coach.
SYSTEM CHARACTERISTICS
The implicit and explicit rules: how to recognize these rules and how be brave enough to change what does not work | Geography and Timing: the place of each team member and the issues to deal with in each meeting do not happen by chance | Decision-making: criteria and rules for when we agree to disagree. Advantages and inconveniences of the majority vote, quality vote, right to veto, etc. | Alignment degrees and their impact in variables such as size, participation, cohesion, support and belonging.
DIFFERENT CULTURAL MODELS
Cultural families with a team | Pure condition models and how to achieve more effectiveness in each model | The energy flow according to the cultural map of each organization.
THE RELATIONSHIP WITH THE LEADER
Duration definition, session preparation and establishing the closing criteria for each process | Each member’s relationship with authority | Delegated functions: moderator, timekeeper or taking note of ideas are tasks that can be delegated by the leader to different team members. That way, the leader can simultaneously observe his team.

Our educational focus is based on combining theory with ongoing hands-on sessions that guarantee a complete training. We consider coaching to be an art that consists in dominating the theory, get to know the practical side on a technical level, putting your learning into practice and operating with the tools that allow you to achieve results.


In this programme, each participant exercises the role of Team Coach, which contributes to improving their development and results. Supported by our supervisors from the pedagogic department at EEC, participants are present in real-time team meetings.


SYNCHRONOUS CLASSROOM
It allows for synchronous online learning as well as performing practical exercises. The sessions are live and in real time among peers and EEC trainers, coaches and/or supervisors. We employ a specific online platform, tailored for corporate training and we provide personalized technical assistance at all times.
TECHNICAL SUPPORT AT EVERY STAGE
You will receive technical assistance and follow-up from a technical coordinator assigned to the programme to ensure proper functioning of your connection. The material, documentation and complementary proposals are accessible for each participant at all times and from anywhere through our online EEC Campus with Canvas, the tool employed by 9 out of the top 10 business schools worldwide. The platform also allows sharing among peers, facilitators, and coaches to generate new conversations.
PRACTICAL HANDS-ON TRAINING
All exercises are hands-on, real experiences, allowing the Team Coach to directly coach concepts and tools in person, incorporating them little by little and therefore guaranteeing that the participants manage them all with ease by the end of the programme.
TOTAL 53 hours. 100% ONLINE:
This Team Coaching Program has a total duration of 53 hours.
View the schedule

The Team Coaching Program is approved by ICF with 53 continuing education CREDITS.


These credits are valid for the renewal of ACC, PCC or MCC accreditations.


*Credits valid for face-to-face or virtual attendees who hold an ICF credential: ACC, PCC or MCC.

Request the Registration Form to formalize your enrolment at info@escuelacoaching.com

What to participants say about our Team Coaching Program

Elena Tapiador
Team Coaching Program
"At the beginning when I thought about doing it online, I felt that I might miss something, like touching the team. But it has been a success, this type of training online is the future. The school’s methodology helped us a lot, we had no difficulties, the learning was successful. I felt like I was in a classroom, with a very close relationship with colleagues, trainers and coaches."

Belén Vallvé
Team Coaching Program
"It´s been a wonderful experience to be able to work with people from such different cultures and backgrounds. We saw firsthand how to work efficiently in a team with a well-defined direction, with clear rules, roles, and meeting agendas. All of this has allowed us to achieve extraordinary results in a very short time through the experience, authenticity and humor of all the teachers. I recommend this program, it may seem as that online teamwork is very difficult, but when managed well, it can be done."

Silvia Pérez-Navarro
Team Coaching Program
"This program has a very well developed teaching and methodology, with high quality materials. European School of Coaching is a very professional organization. One of the things that interested me was how they balanced the high quality scientifically based theoretical part with the practical part, in which you are taught to be a coach almost from the beginning. The learning is deep and very complementary."

A highly qualified group of people. The top management at European School of Coaching founding partners, Silvia Guarnieri and Eva López-Acevedo, supported by a flexible and cross-disciplinary organization. More than 18 years of experience and more than 17,000 professionals have trained with us from all over the world.

All our teaching team meets the requirements of the ICF:


HERE ARE THE PROFESSIONALS WHO WILL WALK WITH YOU ALONG THIS PATH: 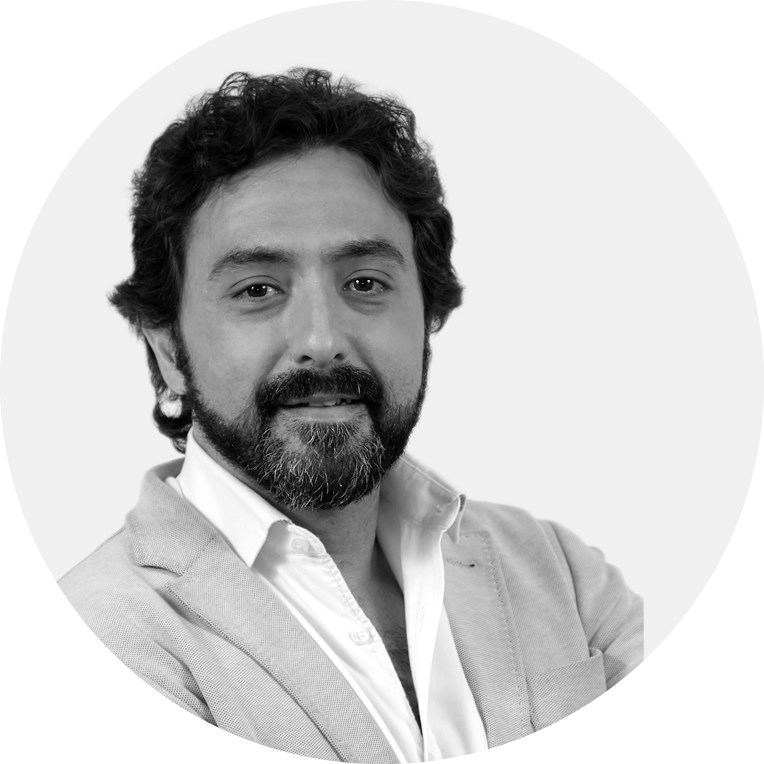 Want to expand your future?